He died in Stroud, Gloucestershire, England, in 1909. A lengthy notice was published when he died, and two different newspapers published reports of the funeral.

But here’s the biographical information in the death notice:

Mr. Spencer was a native of Wotton under Edge, where he was born on the 11th May, 1833. He was married in 1857, at King’s road Chapel, Reading, by the Rev. John Aldis, and carried on business in a general st res [sic] at Cambridge for some years. He came to Stroud about 40 years ago, and he took the boot and shoe business in High street which had been carried on by Mr. Bailey.

There’s more about his business and church activities. But wait—did you notice it gives the name of the reverend who married him 52 years earlier but not the name of the woman he married?

Let’s see whether his widow has a name in the funeral reports.

Yes, his wife was still living. So was a daughter, married to Fred Avens. The sons, son-in-law, grandsons and nephews are listed but not the wife, daughter, granddaughters or nieces!

Their bare existence is hinted at in the list of flowers received:

Wreaths were sent by his sorrowing and loving widow; Jacob and Emma and the family at Reading, Annie and Fred and family, Mr. and Mrs. G. C. Spencer; from the officers and teachers of the Baptist Sunday School, Johnstreet; J. E. Bryant; Mr. and Mrs. E. J. Elliott and family; Musa and Addie; from the deacons of Jon-street Baptist Chapel, and from Mr. and Mrs. Hand, Bristol.

In another obituary (name of newspaper not identified), a woman’s name is actually used: the organist is identified as Miss Brinkworth.

I’ve learned that custom then and there prohibited my great-great-grandmother (or any women) from attending the funeral, and I assume the obituaries were written in the customary way. It’s the obituaries that really bother me—they do not acknowledge the existence of an individual who was the deceased’s partner for 52 years.

She wasn’t just his widow. She was Mary Ann White, born in January 1827 in Newbury, Berkshire. At age 15 she was a servant in the home of a solicitor in Reading, and at age 24 she was a house servant in another home (source: 1841 and 1851 censuses).

After she became Mrs. Joseph Spencer in 1857, she and her husband were in Cambridge village of the Slimbridge parish in Gloucestershire in the 1861 and 1871 censuses. Joseph had a shop there. Mary Ann gave birth to eight children, one of whom died at age 5. They moved to Stroud in 1877, where Joseph was a boot maker and I hope Mary Ann had a comfortable life.

Mary Ann died in 1919. So what does her obituary say? Well, at least it does provide her name, although it’s qualified by her husband’s status:

On Friday an old and respected inhabitant of Stroud passed away in the person of Mrs. Mary Ann Spencer, of Winchcombe Villas, Bisley Road, Stroud. The deceased has attained the great age of 92 years and was the widow of Mr. Joseph J. Spencer, who was for many years an esteemed tradesman in the town, having carried on the business of a boot and shoe manufacturer in High Street, Stroud. Like her husband, Mrs. Spencer was a faithful worker in connection with the John Street Baptist Chapel, of which she had been for many years a member, and her services at special meetings and bazaars were always willingly given and greatly appreciated.

A tiny bit of progress toward respecting women was made between 1909 and 1919. Mary Ann’s daughter and a granddaughter were mentioned as mourners, but only by their married last names.

Something different for Women’s History Month: a cartoon story for adults about women who have run countries.

“Women Who Ruled” by J. J. McCullough, The Nib

This is my great-grandmother, Karen Olea (Knudsen) Næss, in her garden in Skien, Norway.

Have you ever wondered about the relatives left behind when people decided to try their chances in America? Olea was one of them.

In 1904, when her daughter Elise—my grandmother—was about 18, Elise decided to come to the USA. Elise’s daughters have told me she wanted to come just because “it was the thing to do.” She had an uncle living in Chicago and joined him there. She married my grandfather in 1908.

Olea missed her for the rest of her life.

The first stories I heard about Olea made me sympathize with my grandmother’s decision to leave. Olea was strict when Elise was growing up. When my grandmother took her first child, Florence, back to Norway to visit her parents in 1912, Olea tried to talk her into divorcing my American grandfather and staying in Norway. (If Elise had agreed to do that, I would not be here now.)

Olea was always begging her daughter to write, but for whatever reason or reasons, my grandmother rarely complied. My Aunt Florence tried to fill the gap.

But, as there always is, there was more to this woman.

Olea loved Elise unconditionally. She was always sending much-needed money and gifts to my grandmother’s family. My grandparents were never prosperous; my grandfather worked as a teamster when they weren’t trying to scratch out a living on a stump farm (former forest land) in northern Wisconsin in the 1920s. The family was the reverse of the stereotype of impoverished immigrants doing well in America and sending money back to the old country.

My grandmother’s brother, still in Norway, died in 1910, leaving Olea and her husband Edvard with an empty nest for the next 30 years. Looking at it from that point of view, I began to sympathize with Olea.

My great-grandfather died during the German occupation of Norway during World War II, which lasted from April 9, 1940, until May 8, 1945. One of Olea’s last letters (if not the last) to my Aunt Florence, dated August 10, 1945, was filled with pain.

By then Florence was married and the mother of two boys herself.  Some excerpts (translated into English for Olea by a student in Norway):

“I congratulate you as a mamma once again. You now have got another soldier to fight for America. But I heartily wish that he will not live so long as to see another war. We have had quite enough of war now.

“According to your cards your family has taken great part in the war. But I hope they shall all return healthy and unhurt to their homes. (Today we got good news: Japan will give in!) And peace is not far away! [NOTE: She doesn’t mention the atomic bomb detonated over Hiroshima August 6.]

“You understand that I am still alive, though things might have been better. I think you know that Edvard died in December 1943….An organic disease of the heart makes me much trouble all the time.

“I have no economical troubles. The loneliness is worse than all. I wish that one of you could come to me here in Norway, and stand here until I am gone. Please, try to do that!

“Florence, dear! Ask Elise whether she can’t write to me, and tell me how she is doing….

“The war has been a hard and sharing time. Especially for old people was it very difficult and troublesome to endure the psysical [sic] pressure. Food was often, and still is, scarce and bad. However, the restrictions and bondage was the worst of all. And the Germans did not care about old people, because they could not work for them and help them to win (or to lose) the war. Therefore we were put upon smaller rations than young people.”

Olea died October 10, 1945—two months after dictating this letter to a student, twelve days short of her 83rd birthday and seven years before I was born.

I would have written to her. 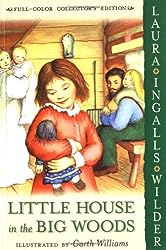 I loved Laura Ingalls Wilder books when I was a  kid, long before the series was on TV. I read all the ones about Laura’s childhood but couldn’t get interested in the later ones (and haven’t tried to read them as an adult).

When I learned enough about the Delano ancestors in my family tree, I was delighted to learn I was distantly related to a few famous persons: Franklin Delano Roosevelt, Ulysses S Grant and Laura Ingalls Wilder (through her father). Laura is my third cousin three times removed.

My mother didn’t have any idea she and I were related to Laura, so of course she couldn’t have told me. However, I don’t remember her ever telling me she grew up in a “little house in the big woods” of Wisconsin herself and her grandmother lived in a “little house on the prairie” in Kansas. I would have enjoyed the books even more if she had.

I learned about Women’s History Month from author and journalist Julia Park Tracey, who has been transcribing and publishing her great-aunt Doris’s diaries.

Tracey didn’t know about the diaries until after Doris’s death at age 101. She was delighted to find how snarky, naughty and hilarious her great-aunt had been before she knew her. So far the diaries have documented Doris’s life as a teen in Portland, Ore., in the 1920s and a career woman in San Francisco in the 1930s.

I’ve been following “Doris” on Twitter, where Tracey posts well-chosen excerpts from the diaries. Doris also has her own Facebook page. Check her out—you may find her as lively (and modern) as any of your living friends!

You might have noticed the tagline for my blog begins, “Researching the housewives…” I say that because I fiercely believe my female ancestors are every bit as important as the males.

The theme of this year’s Women’s History Month, which begins today, is “Weaving the stories of women’s lives.” What better time to document the lives of my women ancestors?

I chose the word “housewives” for the tagline because that really is what most of my women ancestors were. Having been a housewife off and on myself (not a very good one), I know the work and skills required in that position.

As far as I know, none of my women ancestors came to the attention of the public or could claim any historical achievement. However, I know they were good, interesting people who had their own struggles and raised families who had their own families until I appeared.

I’m really not sure where I’m going to go with this. While I’d like to write about as many of my women ancestors as possible, I’m also thinking of women in history I admire. The fact that few of the latter come to mind is a perfect illustration of why we need Women’s History Month.